The MILRAM beach hut sums up the whole new orientation of the brand. Meanwhile, its TV ads were made with the latest technology.

What does a leap into the chilly North German sea have in common with MILRAM buttermilk drinks? They are both the ultimate form of refreshment, of course. But it’s also about attitude and a way of life. You can find out more in the new TV commercials for the MILRAM brand, which sum up the new strategic direction in communicating the brand. 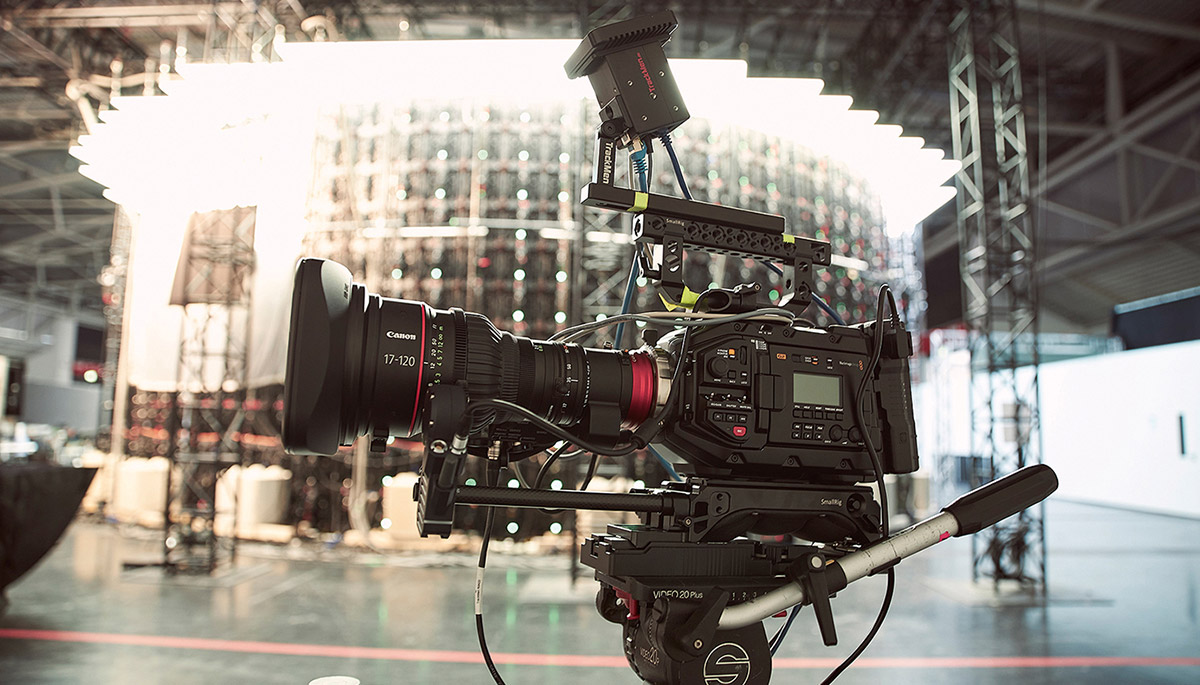 Some of the scenes were filmed at the Hyperbowl in Munich. The Brand Lounge agency organized the filming.

The MILRAM beach hut is a symbol of this new direction and it is the setting for the first TV commercials for buttermilk and Skyr. They have aired on all popular TV stations since June 7, and can also be viewed online, or in the major TV stations’ on-demand services and on social media. “Enno and Lisa, the easygoing father-daughter team from the MILRAM beach hut, not only serve MILRAM products and recipes that really taste good, but they also say everyone should take life a little easier,” says Christian Labonté, creative director at the Brand Lounge agency. The highlight of the story is a jump into the cold water – all very relaxed and refreshing. 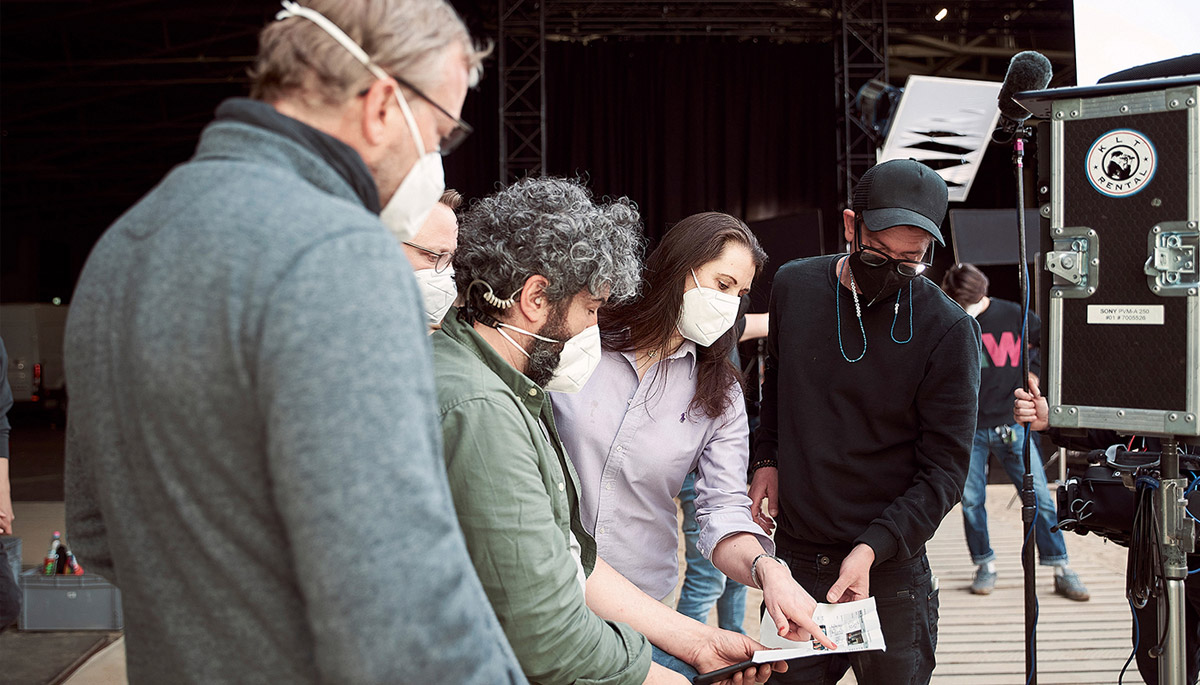 The ads premiered on TV on June 7.

“At a time when things are getting pretty cerebral, especially when it comes to food, we want to encourage our shoppers to listen to their gut feelings,” says Nicole Peiler, Marketing Director Retail Business Unit Brand. That’s what led to the idea of the MILRAM beach hut, she says. However, the filming, led by the Düsseldorf-based agency Brand Lounge, proved difficult due to the pandemic. They couldn’t shoot on location, but went instead to the Hyperbowl, a studio in Munich where virtual worlds are projected onto a huge screen in a new kind of film production. Hollywood productions use the same kind of complex technology, as do large companies making studio recordings. The scenes showing the jump into the water were shot two weeks earlier on the coast. Meanwhile, at the same time, r&r from Bremen produced images for online and social media content, which were also released in June. The TV ad is accompanied by a range of promotions and coupons, all shaped by MILRAM’s new casual style. 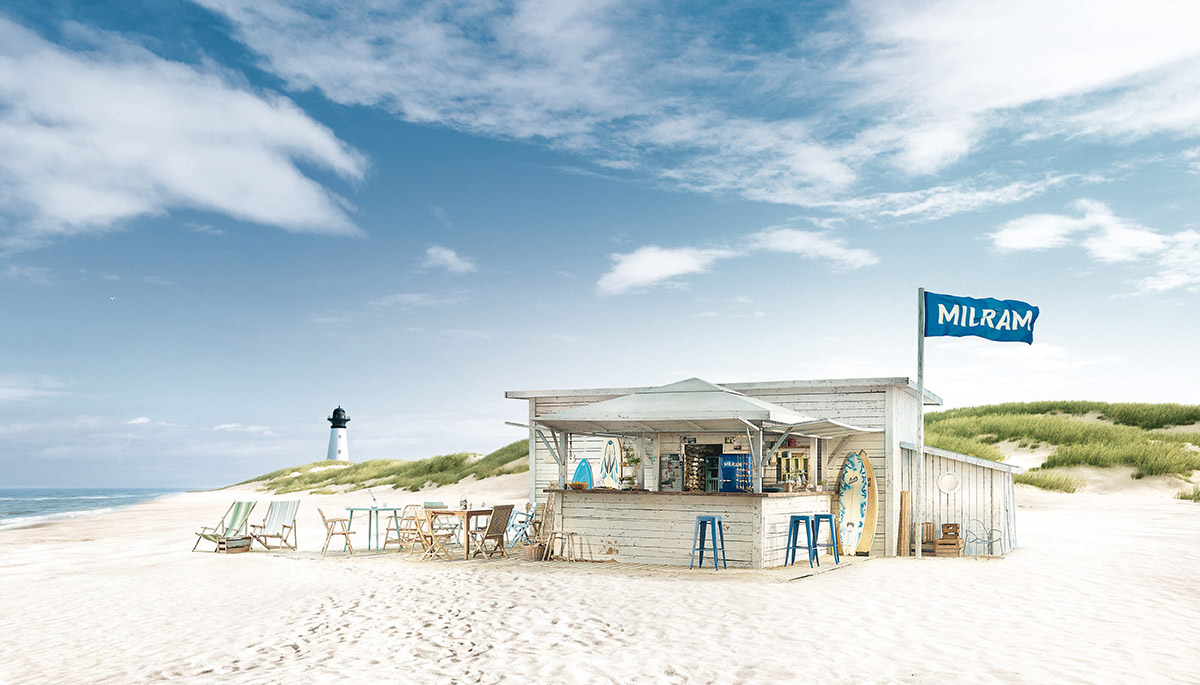 The MILRAM beach hut sums up the new communication strategy.

Milram on the road to sustainability

Soybeans as a money saver

Farmer Bart van den Bosse is experimenting with ways to reduce the number of extra purchases he needs to make.

Do it yourself - Cool Quark

Try frozen quark as a delicious a lternative to ice cream on these hot days! Thanks to its high protein content, this tasty summer treat will power you through the day.