Why did you become a farmer?

Farmer Matthias Schulte-Althoff, chair of a task force for young dairy farmers, believes dairy has a future – if the sector pulls together 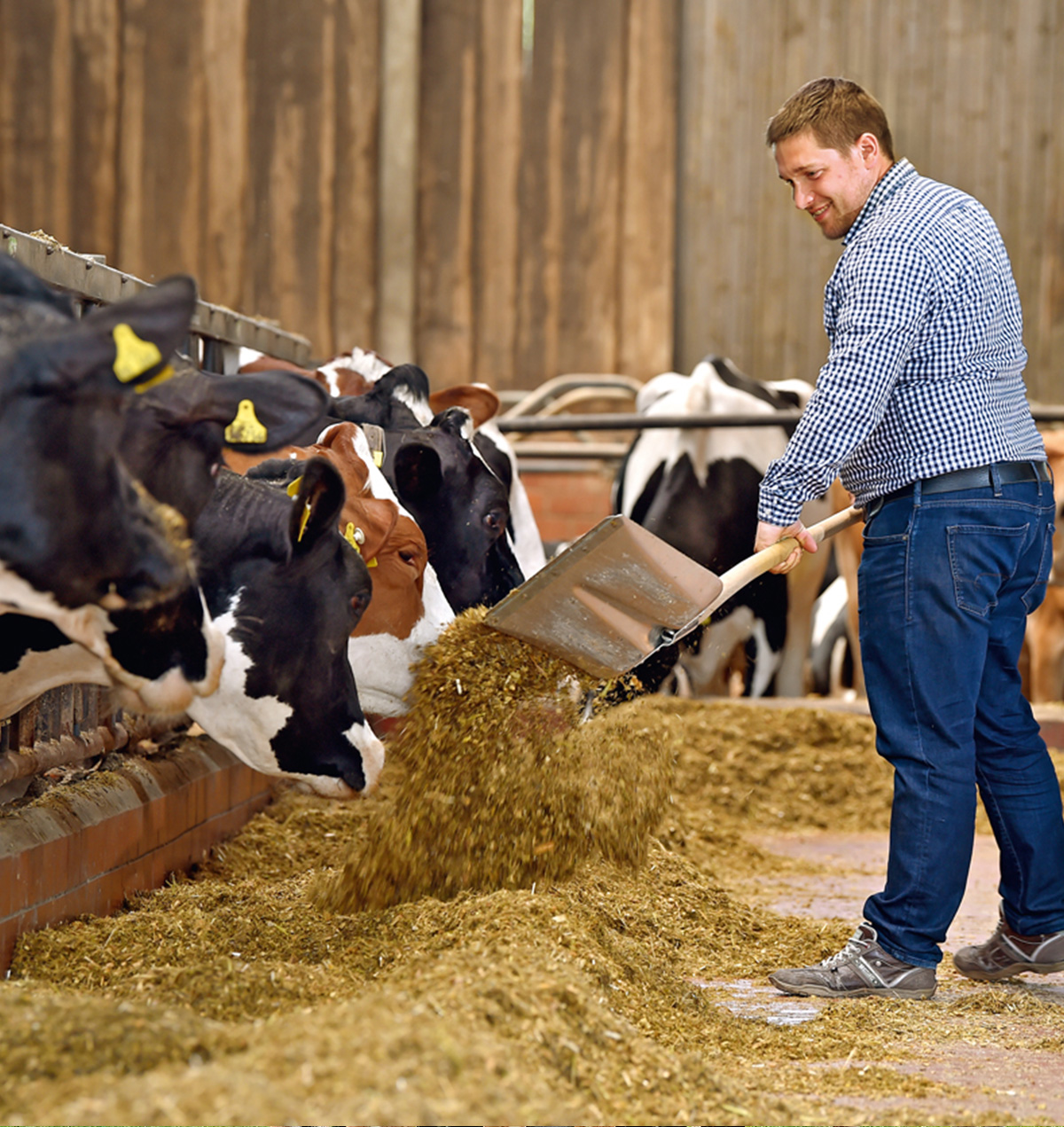 Well fed.
For the farmer, it’s important to give his cows get high quality feed

When it is time to cut the grass, farmer Matthias Schulte-Althoff sits in his tractor and harvests what he has sown and it is one of the best feelings in the world. The 31-yearold farmer works his way across the green field back and forth in neat rows to gather the food that will nourish his 120 cows. At these times, he said, he knows why he became a farmer: because his work feeds people and because he is part of a cycle that may go on forever.

His farm, in Recklinghausen, North Rhine-Westphalia, seems enchanted, surrounded by knee-high grass and purple rhododendrons. The farmhouse itself is more than 100 years old and around it are stalls for cows, where the animals lie in sawdust and roam the pastures during summer. There’s a stall for calves, packed with straw, a stall for bulls and an open stall. Schulte-Althoff knows almost every cow by name.

“We’re a pretty small operation,” he said, showing his milking parlour for ten cows. A trained agricultural expert, he said, “What matters to us is that the animals are healthy, no matter whether it is a good or bad summer.” The family spends a significant amount of money on sawdust so the cows can bed down comfortably. That is his business philosophy.

Schulte-Althoff runs the farm together with his father George, 60, who grew up milking the cows by hand. Nowadays, the family shows school groups and other visitors around the farm. That also gives them a chance to address people’s preconceptions about the dairy industry. The father and son are highly communicative and love talking about the farm, which also helps market the Schulte-Althoff milk.

Nonetheless, a shadow falls on Schulte-Althoff’s face as he reflects on the future of the dairy business. His concerns include the milk price, environmental regulations, animal welfare, milk quality and sustainability, which is why he is a member of DMK’s working group for young dairy farmers. He is the chairman and three times each year, he sits down together with managers from DMK to share topics that have emerged from the 63 members of his group. Aged between 18 and 32, the members talk about work. “It’s a way we can influence the DMK management,” he said. The milk price is one of the biggest concerns in his circle, and comes up repeatedly in discussions.

He likes the feeling of togetherness at DMK and felt proud recently, as Ingo Müller described innovation at DMK, such as packaging reforms or new products like Kalder Kaffee iced coffee or Baileys ice cream. “Those are great products and they really make DMK as a cooperative into something special.” He said that it’s important to feel proud of something, and to develop a “we” feeling, especially at difficult times.

His farm has known a “we” feeling for generations. For Schulte-Althoff, his father is his main colleague and contact person – as well as being a walking history book when it comes to the farm. Georg Schulte-Althoff looks back on good and bad times at the fairy and knows that nowadays, he is better placed to manage crises than in the past. One was the drought in the summer of 1959 when it was so dry that there was only tree bark for the cows to eat. “A summer like leaves a mark on people too, because they go hungry,” the farmer recalled. “Nowadays we have food stocked up and even in bad years, the cows have enough to eat.” Whatever happens, it is important to look forward and keep developing, that’s clear to both father and son. Pessimism, doom and gloom don’t help anyone. That’s what keeps Schulte-Althoff junior experimenting in the broad field of possibilities. Last summer, he fitted a cow with a GoPro camera in a meadow and posted the video on Facebook. “The positive response was amazing,” he said. “That’s a way to communicate about rural life, making it go viral.”

As if all that wasn’t enough, he is also a member of a group of farmers, including cow- and pig farmers who sit down with representatives from REWE and EDEKA, two food retailers, to discuss concerns about retail and farming. “I learn a lot from those meetings,” he said. The group talks about prices and competition in retail or about why prices are sometimes so great. “We gain a better understanding of one another through talking about how dairies, traders and also farmers need to earn money.” The meetings don’t solve problems straight away but they help everyone understand each other’s situation better. He knows his job is not going to get any easier.

He does however note the growing trend among consumers to yearn for rural life. His mother recently showed a daisy to a school child, picked it and ate it. The girl was so impressed that she picked a bunch of flowers and to take home. For dinner.