Climate protection as an opportunity — rather than a constraint

< Back to list
08.04.2020
These days, climate protection and biodiversity are an integral part of modern agriculture.

Germany wants to reduce its carbon emissions by at least 55 % by 2030 and the government has introduced a climate protection act in order to achieve this significant target. In agriculture, climate protection efforts are focused on reducing emissions, and also on using resources more efficiently to produce more sustainably. The law is highly controversial however, as some say it does not go far enough, while others say it is patronizing. Consumers, meanwhile, no longer only expect sustainability and climate protection from organic farms but want conventional farms to play their part too.

This sounds reasonable to Eide Lübs, a DMK farmer from Padingbüttel in Lower Saxony. Biodiversity has long been important to him and he says, “agriculture should be much more active in terms of climate protection.” On his farm, on the Wurster North Sea coast, he has put his commitment to biodiversity into practice. Alongside areas for arable farming, he has dedicated two hectares to flower strips, wild fields and orchard biodiversity.

In Eide Lübs’ view, it doesn’t make sense for farmers to duck the issue, and avoiding it doesn’t do their profession any favors either. Rather, farmers should focus on sustainability, he says, and take the initiative themselves. Otherwise, he predicts that there will be more and more regulations and laws that make life even more difficult. It is much better to stop complaining and help shape the future, he says.
Often, it makes economic sense to not cultivate smaller or residual areas, as the cost of cultivation is greater than the cost of the land, he argues.

“Too many farmers are constantly trying to make every single area productive, and ignore the fact that they are legally obliged to take care of the land. And if doing so contributes to biodiversity, then why not?” 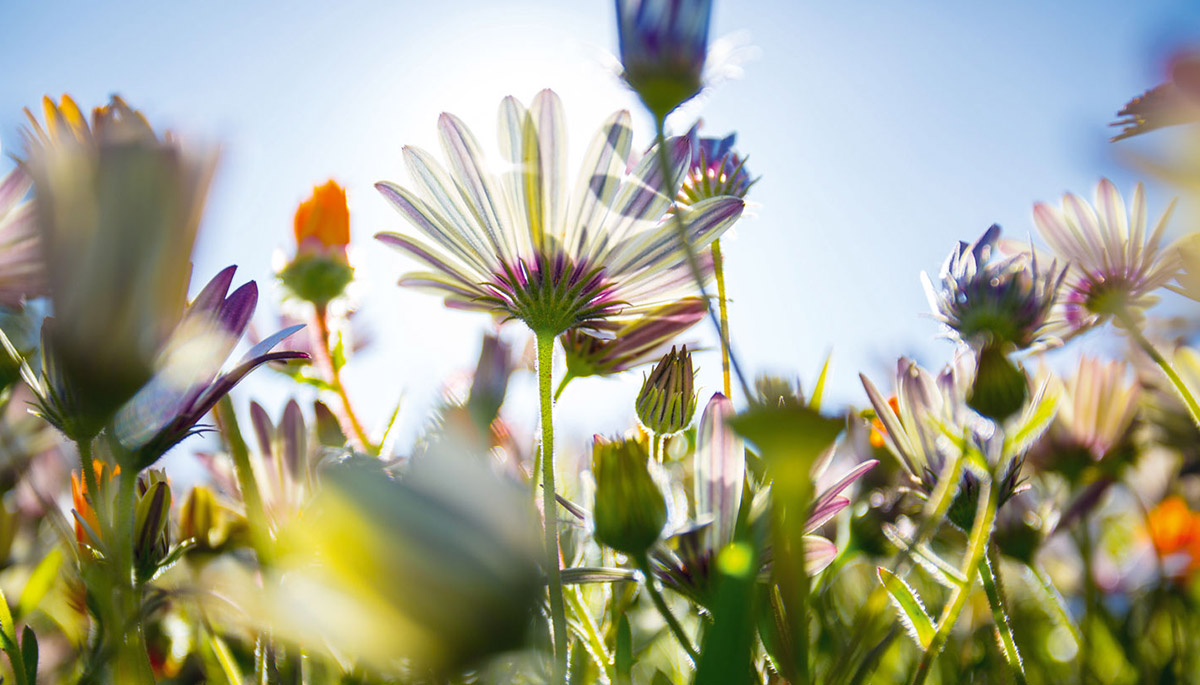 Farms should also be rewarded for their commitment to climate protection, he says. “You can’t just keep demanding that we create flower strips to help insect diversity, for example, but then be unwilling to pay fair prices for food – that’s no good”, Lübs says.

He also criticizes the ever-growing number of obligations for agriculture, saying that it is absolutely natural to respond defensively, with protests.

The trouble is that often, too much bureaucracy prevents farmers from making quick decisions and implementing them in practical steps. Instead of just stating the size of an area which is to be set aside for climate protection, detailed plans have to be drawn up to describe what part of a farm will be used.

Farmers should also not be punished in effect for actively contributing to climate protection, for example when fallow land is excluded from areas that are receiving support and is then deducted from the total area. “It’s hardly surprising that many farms don’t put extra effort in this area beyond what the law requires. But ultimately, that approach doesn’t benefit anyone,” says Eide Lübs.

“It’s simple. Pressure and coercion only generate protest and resistance,” Lübs says. “If you provide incentives, each person can decide whether they want them and if they are prepared to make a contribution. At the end of the day, what’s important is that people see climate protection as an opportunity and not as a constraint.”

“Selective projects are not particularly helpful overall. You need to be prepared to learn from each other and to develop together,” he says. He welcomes the approach at DMK, which plans to integrate biodiversity and climate protection into its own Milkmaster program to create an incentive for dairies to address the issue. “That shows we want to actively develop something, and aren’t only being forced to act by trade and consumers. A path that ultimately benefits every single member of our cooperative.”

Climate protection as an opportunity — rather than a constraint

These days, climate protection and biodiversity are an integral part of modern agriculture.

Out With the Rubbish

Germany’s new packaging law is motivating DMK to do more recycling. That’s why developers are working on new environmentally friendly designs – and not just because it’s good for business