Ingo Müller believes that DMK is only possible thanks to the fact that people work together as a team with a great deal of passion – unleashing the company’s full potential.

“The stories in the following pages show how a cooperative never works alone but succeeds thanks to everyone working together. And that requires motivation. You need people who share a belief in the same thing – and here, we show why people love what they do, despite all the difficulties. It’s the same for me. People often ask me what motivates me, given the huge challenges in the company and beyond that, in agriculture. I say: that we all share a common vision and are focused on the future. And that is not easy. DMK has by far the largest share in the consolidation of Germany’s dairy industry. Back then, it cost a lot of money to merge the dairies. There were almost only private label and standard industrial products and barely any brands or special products. Hardly any of the dairies would have been able to make it on their own. And we still face major challenges.

“As a farmer, I wanted to stand up for farmers’ interests.”

I grew up on a tenant farm in Strückhausen and early on, I knew of the Botterbloom Milch Eiskrem cooperative, as my parents were among the suppliers. It was later merged into DMK eG. At Botterbloom, I completed an apprenticeship as a dairy specialist. Even then, the focus was on the milk price, lease price, quota price and the beef price. When I was 12 years old, I sat in a tractor with my father at a demonstration against the introduction of the milk quota. At the age of 14, I went to the dairy’s general meeting for the first time.

I grew up with a deep sense that the milk quota was unfair, though when I was young, I didn’t understand why it had been introduced. As a farmer, I wanted to stand up for farmers’ interests. I was always interested in agricultural work but later, I decided to study the dairy industry and dairy management. I was convinced that dairies also need people who understand farming and are committed to it. During my training, I worked in the dairy’s ice cream department or headed home at the weekends to collect silage, bring it to the barn, do the milking and spread slurry and manure. It hurts when people say I or other managers have no idea about farmers’ real problems and that we’re far away from the world of agriculture in our Bremen headquarters, because it isn’t true. I’ve seen or experienced every single change in the company since 1997: including as a QM manager in Neubörger, plant manager in Strückhausen, as a crisis manager and as CEO since 2016. It’s always been important to me to improve the company and the way it’s organized, to take responsibility and to develop it further in line with the owners – not matter the sleepless nights. 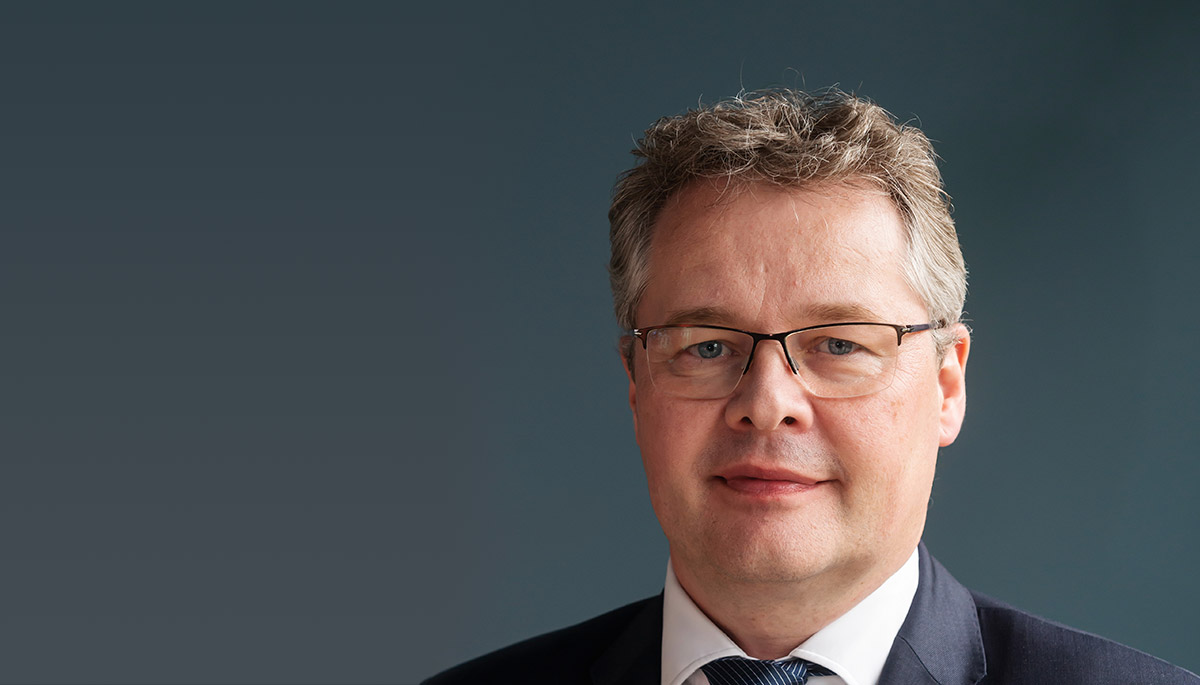 For me, closing sites or departments has been particularly painful. And losing milk volumes as the payouts were too low felt like a defeat. Losing the owners’ trust is the ultimate penalty for me. But I’m the kind of person who gets up again after a fall, and I do everything to be able to look at myself in the mirror each day.

What I’ve learned is that things at the company will never go entirely smooth as we are in a highly complex industry and there are no one-size-fits-all solutions. I’ve been in the dairy business for 32 years and I don’t like the absolute milk price level either. Everything we’re doing now is to continually improve exactly this for our members.

“Losing the owners‘ trust is the ultimate penalty for me.“

It touches me to see how the company it’s employees and members in all the different areas keep on going, keep working, keep their faith in the cause and show such strength of purpose. We were only able to change and adopt a sector strategy because people don’t just do their jobs on autopilot, but shared their thoughts and ideas and believed in what we were doing. They put their minds and hearts into it. There were plenty of di­culties along the way, yet employees and farmers are still doing everything they can to support all these changes.

I am immensely proud of the fact that so many people in so many parts of the company have been brave enough to embrace the new and are delivering tangible results. That’s the bedrock, and the only way we can go on. The company is us.”

How DMK secures food for millions.

I’ll do your job, you do mine: DMK’s “job rotation” program enables people to gain a new perspective within the company. Two employees describe how it was for them.

In agriculture as everywhere else, people work in teams to overcome challenges. Two Ukrainians are helping Hans-Theo Hoffmann get through a tough time.