The Hoogeveen site in the Netherlands has been churning out milk products for 125 years – and it has an eventpacked history.

steam-powered dairy in the Netherlands. On January 6, 1896, the dairy produced 1,100 liters of milk to make butter and buttermilk. What was new was its operating model: It was a “Coöperatieve Stoomzuivelfabriek,” conceived as a cooperative and gave farmers who participated a greater degree of planning security for their milk sales. The investment paid off: Milk volumes soared to 12 million liters by 1912, requiring larger production facilities. Then in 1928, the plant was expanded, involving the purchase of several houses, a canal being dug and a bridge built. Things were going well until the economic and agricultural crisis hit. With the stock market crash, milk prices fell, and in 1931 France and Germany also raised their import duties. But in 1932, a dairy fund guaranteed farmers a minimum milk price. The crisis passed five years later. The situation calmed down even further with the end of World War II: The plant took over the “De Voor-uitgang” (Progress) dairy cooperative and processed some six million kilos of milk into cheese every year. Then, in the early 1960s, the company merged with other milk plants in order to remain competitive. D.O.C. was born. Some 20 years later, the Hoogeeven site was rebuilt and automated, and 250 tons of milk products were leaving the site each week. 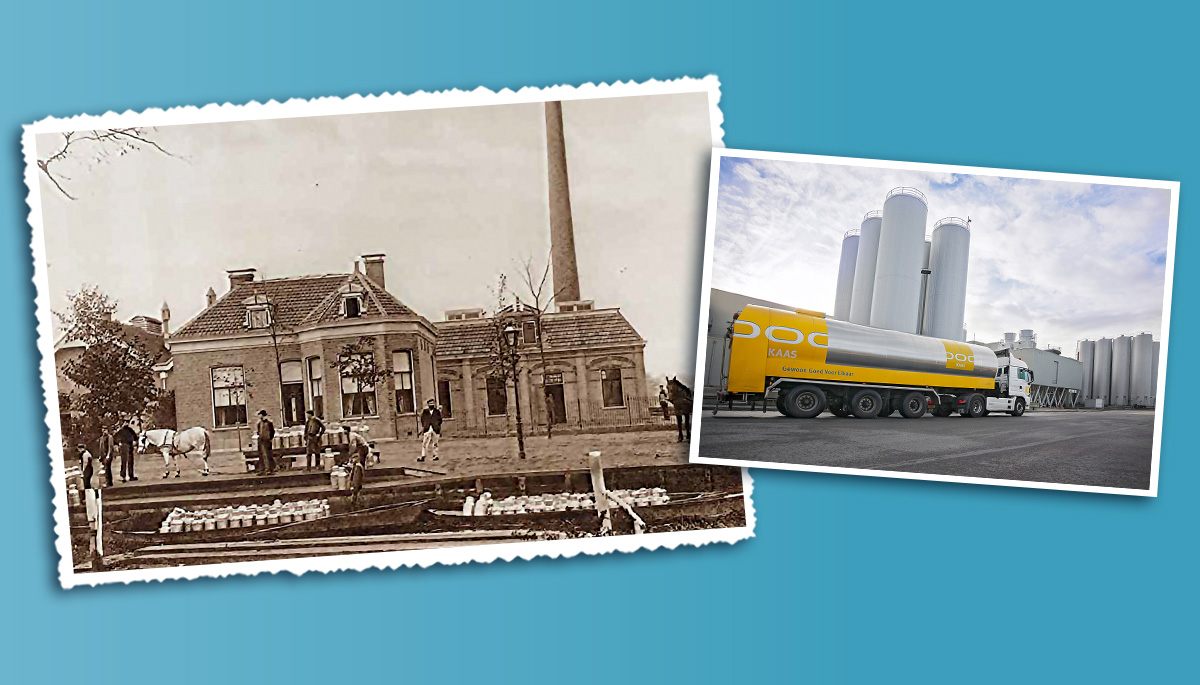 The plant in 1901. At the time, the cooperative model was new to farmers – and brought advantages. Since 2003, production has been underway at a new plant in Hoogeveen.

In 1995, the plant was called D.O.C. Kaas. Then, from 2008, the dairy market became increasingly erratic, requiring a new strategy to stabilize the milk price and secure earnings. Talk turned to the possibility of further mergers. Little by little, plans were formed for a merger with the German dairy cooperative DMK, a move completed in 2016. It’s a win-win as their strategies complement one another. DMK operates internationally, has a large range of dairy products and is well positioned in growth markets. D.O.C. Kaas has a great deal of knowledge and experience in producing cheese. That’s led to synergies, better use of capacities and increased innovation and investment capacity. The cooperation of equals is helping both sides succeed on the international milk market. 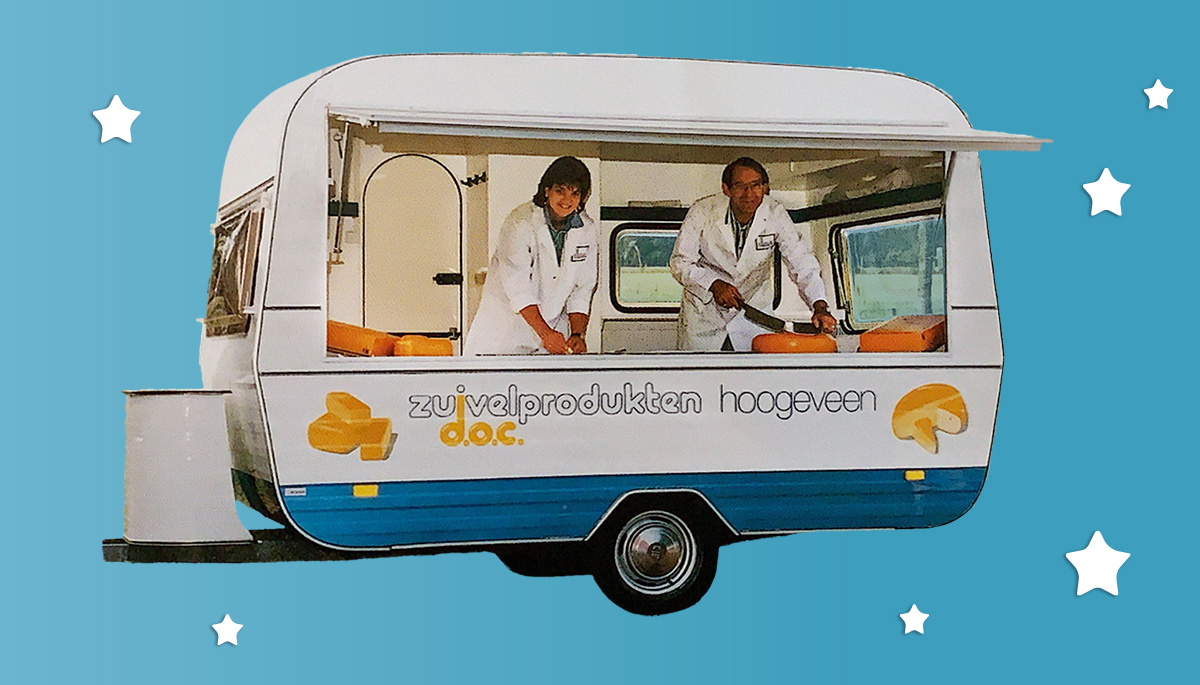 A special caravan from 1992 where shoppers tried cheese, milk and buttermilk and found out more about “D.O.C.” 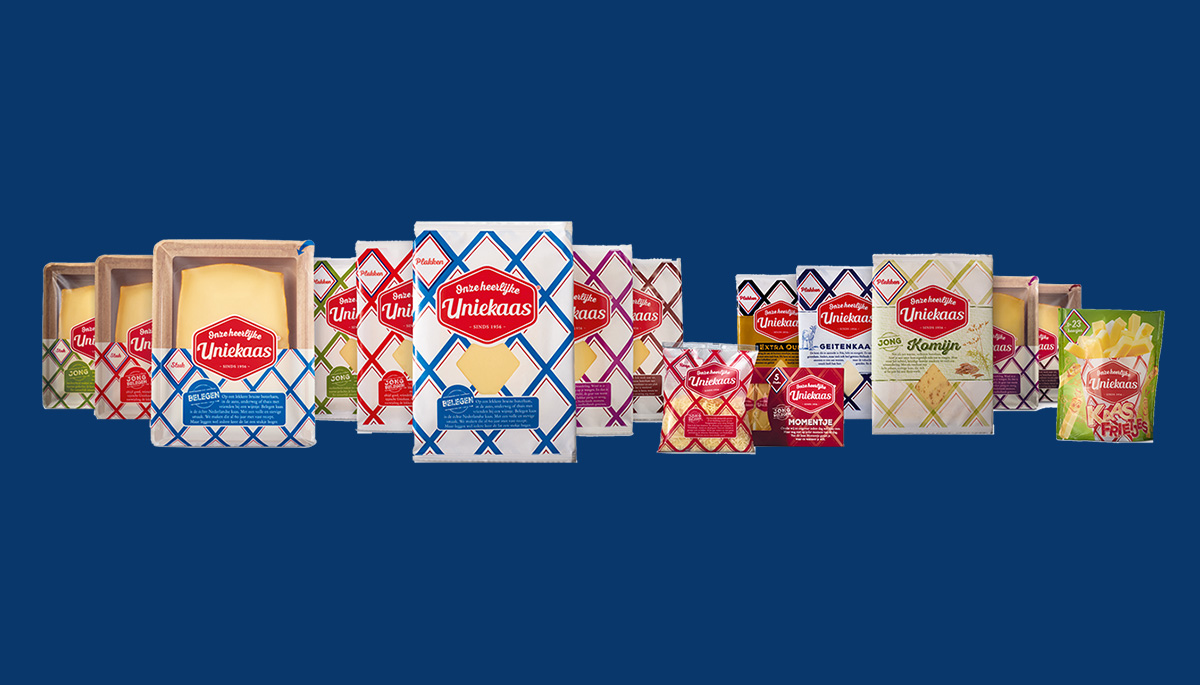 A whole range of Uniekaas products has been developed through the years, thanks to Hoogeveen – and the merger with DMK

The Hoogeveen site in the Netherlands has been churning out milk products for 125 years – and it has an eventpacked history.

Thanks to DMK employee Justine Platter, an 18-yearold was able to survive leukemia. Her stem cells were essential to his recovery.

For young people, topics such as flexible working time models, personal development, appreciation and communication on an equal footing are becoming increasingly important.