Full speed ahead for Uniekaas: Dekamarkt, one of the Netherlands’ best-known supermarkets, naturally also features the country’s most traditional cheese brand in its range. After last year’s successful promotion, the “Raceblocks” campaign is heading for a second lap in Deka stores. Uniekaas is also playing a leading role. This spring, Deka shoppers who spend 15 euros will be given a small bag of Raceblocks that they can use to create racing cars, grandstands and Formula 1 drivers. The more they buy, the more bags they can get – and the greater their chances of building the whole race track and all the cars. Also, special products are to be promoted each week and shoppers who buy those products receive an extra bag of Raceblocks and a different car each week. Uniekaas also has a car in the running. Dekamarkt’s campaign includes a dedicated online platform that displays the racing cars along with the building instructions, and exchange platforms are planned too. Taking part in the campaign will increase sales and awareness of the brand in the Netherlands, where sports and collectibles are highly popular. What could be better than a Formula 1 Grand Prix campaign, seeing as the event is due to be hosted in Zandvoort for the first time in 36 years? Better still, local hero Max Verstappen is among the contenders for the world championship title. 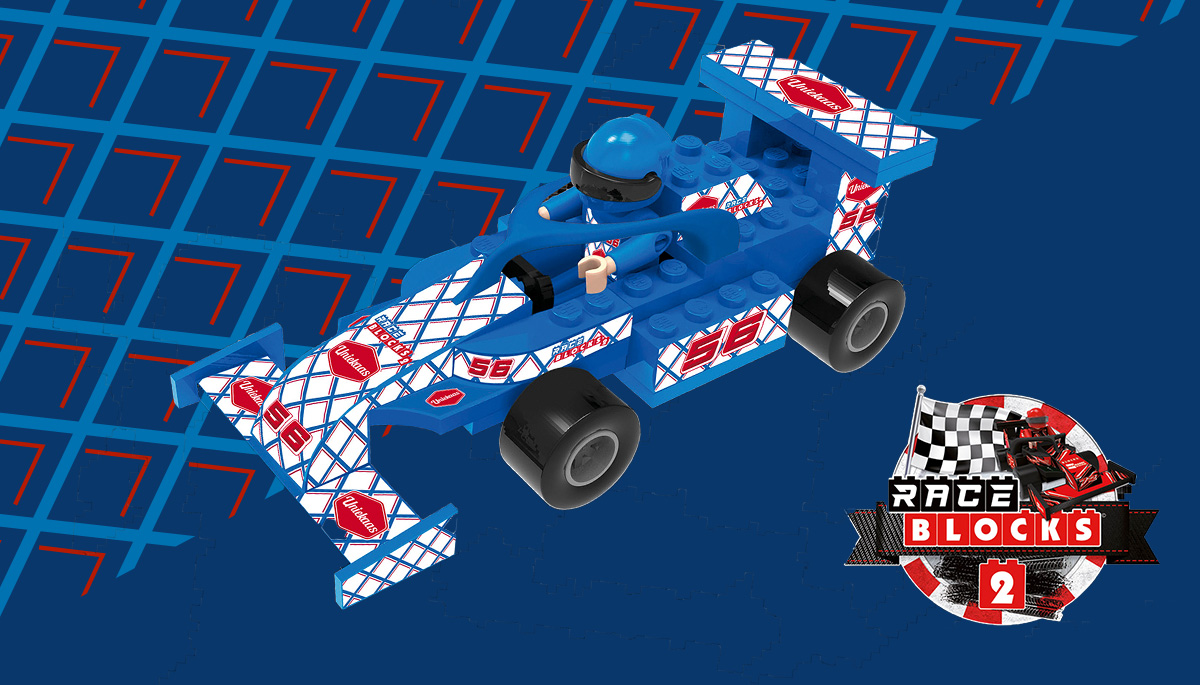 Customers can use the small blocks to assemble drivers and racing cars.

“We need new ways of thinking”

How can we live more sustainably? TV presenter and physicist Ranga Yogeshwar on the opportunities we have as a company and society to take on global challenges.

The CI engineers is group of men and women who are constantly seeking ways to optimize processes at DMK. They’re proving resoundingly successful.

DMK’s future headquarters in Bremen reflects the new way we are working together. It is more energy efficient and more environmentally friendly.